Dear Brothers and Sisters in Christ, 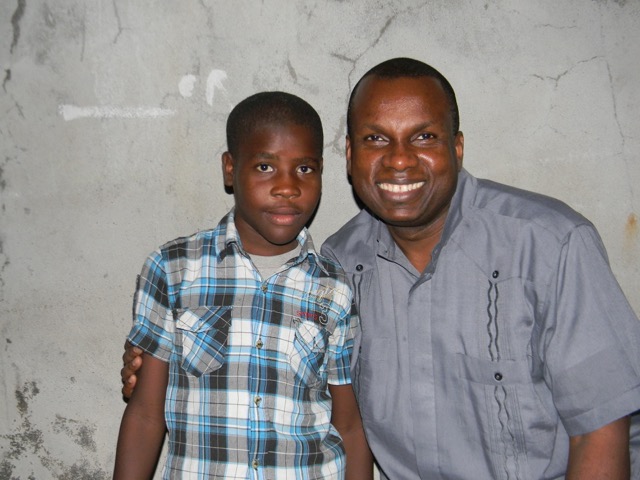 I want to update you on the situation in Haiti resulting from the hurricane.  This update is based on my conversations with leaders from the Haitian community, Haitian journalists, and a briefing sponsored by the Embassy of Haiti and Haiti Renewal Alliance.

The death toll in Haiti continues to rise.  According to several major news agencies like Reuters, Associated Press, and Agence France Presse, the death toll is now close to 1,000.  However, the official death toll from the Haitian Central Civil Protection Agency is only 336.  This agency is under the auspice of the Haitian Ministry of the Interior.  The Haitian government claims that they are not able to confirm the number of people who have died until they get access to some of the worst hit areas.  Unless the government sees the body, they will not confirm that a person is actually dead.   Local residents are still looking for family members and local governments are burying the dead in mass graves.

School has resumed in most places in the country.  However, in the worst hit areas like Les Cayes and Jeremie, school has not resumed because many of the school buildings were either destroyed or damaged, or are being used as temporary shelters.

On Saturday night, I participated in a briefing sponsored by the Embassy of Haiti and Haiti Renewal Alliance.  The purpose of these briefings is to give regular updates on the situation on the ground and to report what the Haitian government is doing and what it needs.   While a lot of supplies are needed, people are encouraged to donate money as opposed to supplies.  It takes a long time to ship supplies and, more often than not, the shipment is stuck at customs and the food is wasted.  Another reason to send money is that available food can be purchased locally thereby supporting the local economy.

The United States has taken the lead in the relief effort by sending in over 300 members of the Armed Forces, a ship load of supplies, and several cargo planes to help with the recovery.  Some places like Jeremie are under water making it is difficult for helicopters to land.  Nonetheless, the U.S. Navy has found ways to land their helicopters and they are starting to deliver assistance to residents.  In addition, the American military is also bringing in heavy equipment to help remove the incredible amount of rubble.

A temporary bridge has been built to replace the fallen bridge that connects the three major affected departments, Nippes, South and Grand-Anse.  These are in the worst hit areas.  The temporary bridge is making it possible for some vehicles to cross and provide relief to the people who have been stranded and crying for help.

The feeding program has resumed despite the fact that the kitchen was destroyed in the hurricane.  We are now making do with temporary kitchen facilities on the land next to the Vocational School.  Our ability to continue feeding between 400 – 500 children daily will largely depend on our being able to rebuild a more permanent kitchen.  We will be getting estimates on the costs of replacement, and we will be looking for donors to help in the construction of the kitchen.

Our programs in Mirebalais will be stretched to the limit as we expect to receive many refugees from the areas most damaged by the hurricane.  In addition, the cost of food is rising dramatically.  Haiti was already experiencing drought and food shortage, and the hurricane has compounded the shortage by destroying agricultural production in much of the country.  Sadly, some people in control of food distribution are taking advantage of the situation to maximize profits at the expense of the people.  The value of the Haitian gourdes is also diminishing.  As of today, the value of $1 US is 72 Gourdes.

HMP is sending relief assistance to the church in Les Cayes.  Our Haitian colleagues and counterparts – Solidarite et Action Pour Les Enfants de Sion (SAES) – have been in communication with Father Kesner Ajax, the Episcopal priest in Les Cayes.  Based on the recommendations of the SEAS, the HMP Board has approved sending emergency funds to help Father Kesner’s community.  These funds will be delivered in person by members of our staff in Mirebalais.

Since the hurricane struck with such terrible magnitude, many have asked me what they might do to help alleviate the suffering.   The simple answer is to send money.  Emergency funds given to the Haiti Micah Project will be shared with our brothers and sisters in need in Les Cayes or other identified locations, and will also go toward sustaining our feeding program in Mirebalais which is under increasing pressures from shortages and costs.

Our name derives from the Book of Micah telling us to do justice, love kindness, and walk humbly with our God.  As we strive to fulfill that mandate, I ask for your prayers for Haiti and particularly the children we serve.