The Azile Communale is a facility in Mirebalais that houses people of all ages who live in extreme poverty.  Originally built by President Aristide to house the handicapped, it has become a place to live for the most destitute and hopeless people.  People living in the Azile suffer from severe deprivation of basic human needs, including food, safe drinking water, sanitation facilities, health, shelter, and education. Mothers ,despairing of their plight, have few physical or emotional resources to care for their children.

The Azile was built in the 1990’s to provide housing for some of the “pov “ of Mirebalais, especially the elderly.  “Pòv”, comes from the French word pauvrete or poverty in English.   A pòv in Haiti is someone who lives in the worst kind of poverty.  In Mirebalais,  a pòv, could be found sleeping at night in the dirty, muddy open air market place. During the day, they beg for food and sometimes perform menial tasks for pennies.

Many of the children benefiting from Haiti Micah Project have come from the Azile.  Donations and support through the efforts of Madame Charitè are frequently provided to the children and families who continue to live here. 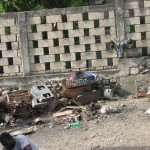 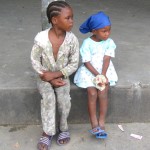 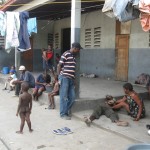 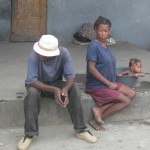 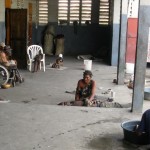