Supporting a Child: How Much Does it Really Cost?

Providing a child with life’s basic necessities is one of HMP’s fundamental goals, but doing so is costly.  Fortunately, a cadre of dedicated volunteers in the United States and our counterparts in Haiti keep our administrative costs to a minimum.   The services provided to our children on-the-ground in Haiti include meals, school uniform, school tuition, medical and dental care, and sometimes shelter.   The costs of these services vary according to the needs of a particular child. 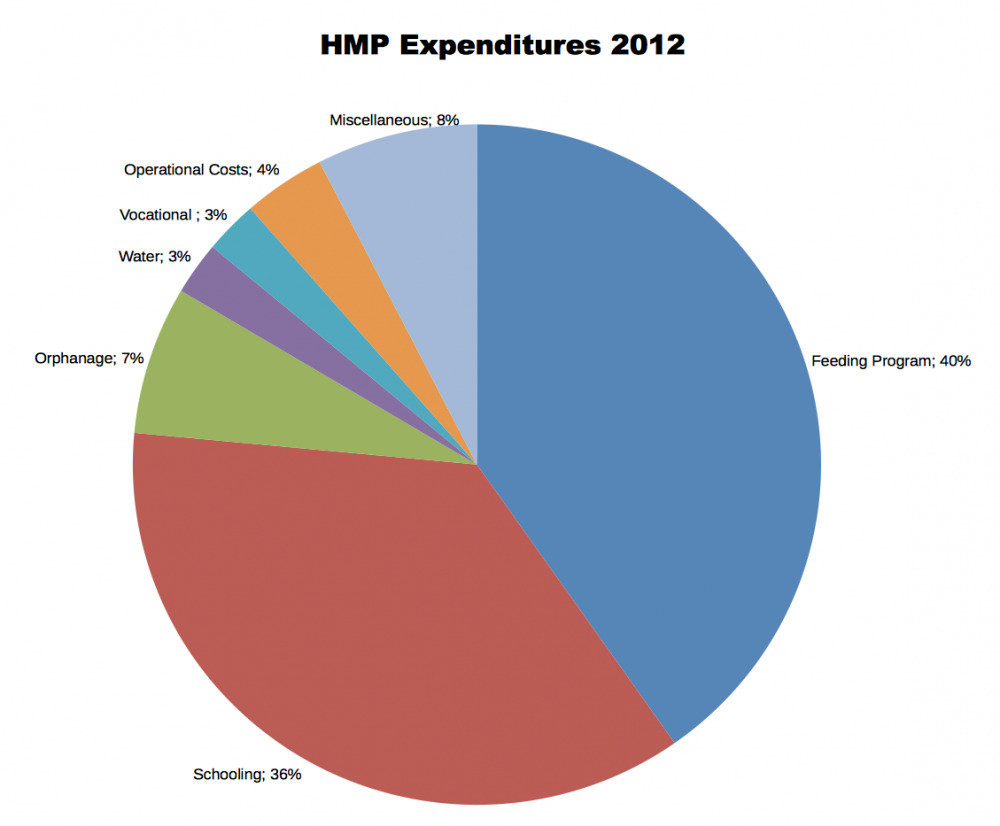 The school and meal program is HMP’s largest expense. On any given day, between 450 and 500 children receive a hot meal. Last year, we benefitted from the donation of rice and commodities which augmented our food stuffs for several months, yet we still spent over $57,000 on food. In addition, we pay salaries to our great staff of cooks.

School costs are a major expense. There is no free education in Haiti, and last year we spent almost $13,000 for school uniforms and backpacks. We also provide a tuition stipend for some families who could not otherwise afford to send their child to school. The children served by HMP attend various schools and our cost per child may differ according to which school a child attends. Thus, for a child in the school and meal program, costs will vary according to the child’s needs but we estimate an average cost of $300 per child, but some children may require much more in services and basic supplies.

The Sponsor-a-Child program currently provides about 57% of our annual income, the rest being covered by general donations. Clearly, the current cost of $300 to sponsor a child does not cover all expenses, but that amount represents an estimated average to cover the costs of a child for the feeding program.

In 2014, the Board of Directors will consider various tiers of giving which will afford an opportunity for broader participation in the Sponsor-a-Child program. Know that you, and every sponsor, are making a real difference in the life of a child in Mirebalais, and that is the greatest blessing.