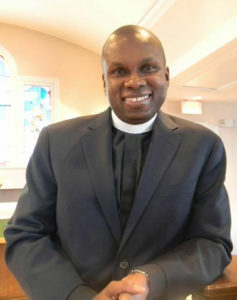 Recently I had a phone conversation with my Aunt Lemence Charite, who serves as a volunteer administrator for the Haiti Micah Project in Haiti.  Below is a summary of our conversation.

Lemence – Yesterday we were presented with a case involving a little boy whose father was killed during the earthquake.  The mother had four children with her late husband and after the earthquake the woman took another man to help her with her children.  The mother died at the birth of her second child with her new husband.  A month after the woman died, the stepfather asked the four children who did not belong to him to get out and find their own way. Two of the children left the house and were living on the streets and two of the children stayed behind. The two who remained with the stepfather were continuously mistreated and beaten.  Someone stepped in and got permission from the stepfather to care for one of the children.  The last remaining boy found his way to the feeding program about a year ago.  After we listened to his story, we enrolled him into the program.  He has been coming to the feeding program on a regular basis and we enrolled him in school and provided him a uniform and school supplies. 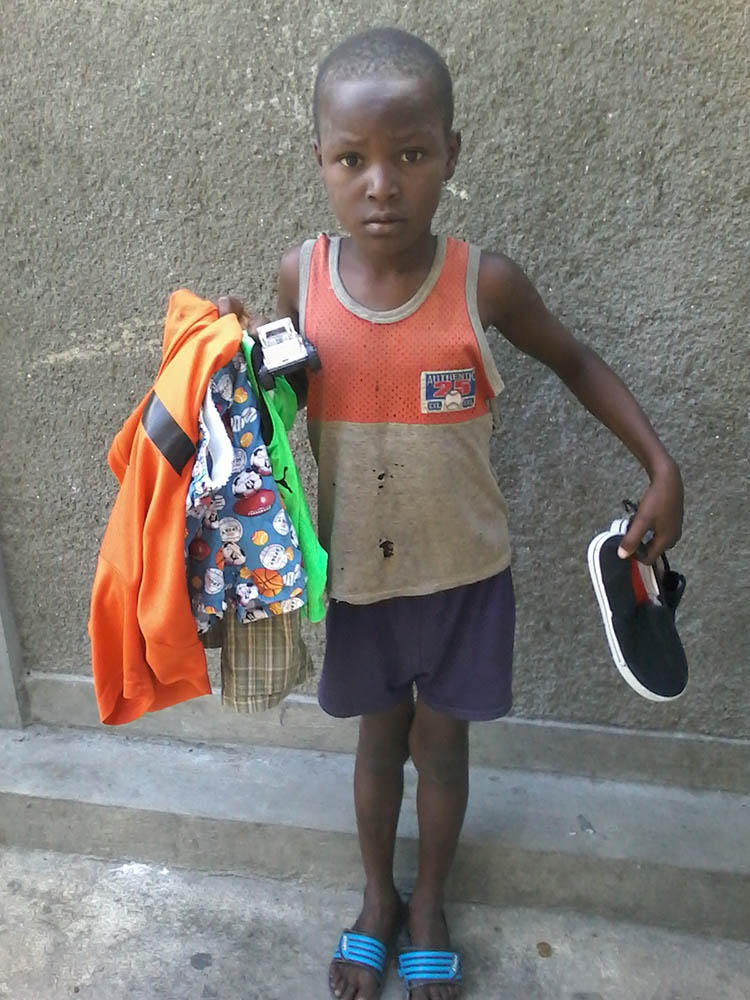 Yesterday, the stepfather threw this boy out on the streets.  He is only 10 years old.  At 9 pm, this young boy was found crying on the side of the road with his backpack next to him.  The people who found him brought him to our house because the boy had told the people who found him that we had been helping him with food and school.  When we called the local authorities, they told us we needed to contact department of social affairs.  When we called social affairs, they told us that there was nothing they could do and that we needed to go find the stepfather to gain custody of the boy. The boy showed us the marks on his back where he has been beaten with a rod. His wounds were infected.  We had no choice but to take him permanently into the orphanage and give him a home.  Tomorrow, we are planning on beginning the legal process of seeking custody.  We took a picture of him with the clothes that were on him when he came to us just to give you a sense what we are dealing with.  We have provided him with new clothes and toys to play with and a safe place to live.

As the President of HMP, I ask you, will you continue to help me pray for Haiti?  Will you continue to help me pray for the day when no child of God has to experience such suffering and humiliation?  My heart breaks for the many children who live in such horrific conditions.  Too many children in Haiti live in just deplorable situations.  I believe the Haiti Micah Project is making a difference and we will continue to do the best we can to live out the gospel of Jesus Christ in the lives of the children we serve.