Finding Light in the Darkness

We were exhausted on our last day in Mirebalais. We’d driven high into the mountains above the city to learn about Fonkoze, a very successful micro-lending program in Haiti, by attending one of its meetings. That morning trip was followed by an afternoon trek up to Cange to tour the first hospital built in Haiti by Partners in Health. Both visits left us encouraged about what we were seeing in Haiti, and despite the fatigue of the day, we were eager to return to Mirebalais for one last meeting with the children of the Haiti Micah Project. Our plan was to take books to read to them for a short while, so the children could practice their English. But like nearly everything else in this country, things don’t always work out the way you envisioned they would.

The eight of us walked into the yard of the home that serves as the orphanage, and we were immediately surrounded by throngs of excited children. Each of us grabbed a book from the stack we’d been provided and sat down wherever we could. I sat on a short bench with a young man on each side of me, and a small audience standing behind. I had no idea what story I’d be reading, but it couldn’t have mattered any less—since I soon saw that my book was written in Haitian Creole. I have a background in linguistics, and Creole is written phonetically, so I was confident I could sound it out intelligibly. I’d just have to get used to the idea that I wouldn’t know the first thing about what I was reading. 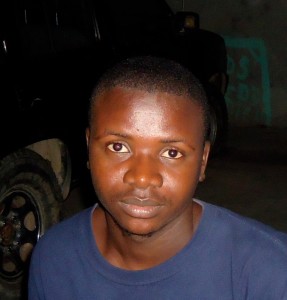 My ignorance was my blessing. I quickly learned that one of the young men seated next to me, Jackie Estema, was quite gifted at languages and as a teacher. As I read the story aloud, he helped me with pronunciation—so the children around me could understand the story—and then helped me to translate it so that I could understand it myself. He didn’t know translations for all the words, but between his knowledge of English and my high school knowledge of French, we were soon reading and translating the story so that he, I, and the children around us were all following along. Until, of course, the power went out. We had arrived at dusk, and the overhead lamps in the yard of the house had given us just enough light to read by. The darkness when the power goes out in Haiti is palpable, and so our reading together came to an abrupt end. But Jackie was eager to continue our lesson, and when he realized that I also know a little Spanish, we were soon learning new words together in English, French, Spanish, and Haitian Creole.

I left Jackie my English-Creole phrase book, hoping he could use it to continue his study of English. We left the children with heavy hearts, since we’d grown so fond of them in the short time we’d known them. We finished our day with yet one more encouraging sign that there is hope in Haiti.